Each month we highlight the most popular Roblox game on the platform. As of September 2022, the anime-inspired Blox Fruits holds the crown with nearly 8 billion visits and counting. 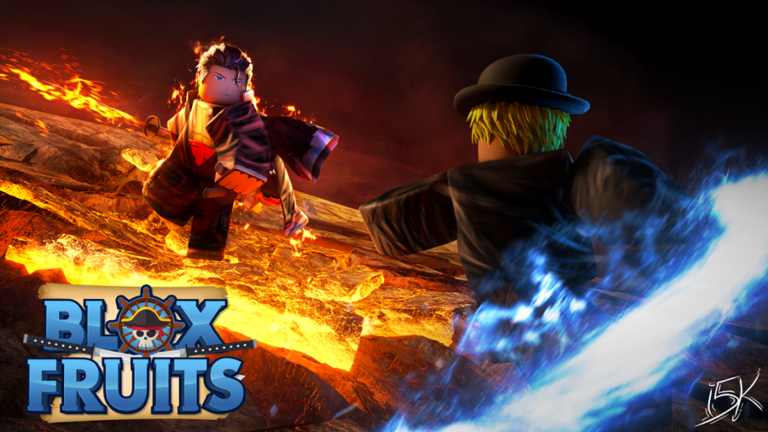 Roblox is the perfect game platform for developers. Their unique tools and creator studios allow players to create their own games. This means there’s a constantly fluctuating set of experiences that are at the top of the list of the most popular Roblox games each month.

For August 2022, one game has been particularly intriguing to fans - even though it’s been around since 2019. That game is Blox Fruits, an anime-inspired RPG game which sees users exploring the open sea, fighting with swords, and trying to level up quicker than their opponents.

There are two main factions to choose from in Blox Fruits, marines or pirates. Either side is tasked with taking down bandits to earn XP and a little bit of cash. They’re relatively easy to take down and don’t require much combat experience.

This makes them a great first battle for new players who are just learning the game mechanics. New players always start out on either the Pirate Starter Island, or the Marine Starter Island where they’ll interact with NPCs, purchase items, and fight bandits.

Once you decide your fate as a marine or pirate, the next step is to follow the storyline to begin leveling up your character. This is where the game will begin to feel familiar to RPG fans.

You’ll hop from island to island, talking to NPCs, and accepting quests which require you to kill bandits. Blox Fruits is all about gaining experience and leveling up your character to obtain better equipment, weapons, and abilities. If you’re already familiar with the anime One Piece, you’ll have no problem figuring out what the abilities do, such as Water Kung-Fu or Dark Step.

You can also upgrade your ships, allowing you and your crew to travel faster across the open sea.

One of the biggest incentives for players to keep playing a game is to give them various options to level up their character.

Blox Fruits does a great job of incentivizing players with not only various ways to upgrade their kits, but even with the amount of customization that they can implement. They also have a 2300 level cap, meaning there’s a ton of room to grow your character - and even more incentive to keep playing.

As of August 2022, Blox Fruits 6.7 billion visits. This puts them in the top 10 most visited Roblox games of all-time. The game is continuously updated as well, with the most recent content coming in May of 2022. Even more appealing is Blox Fruits private servers. This is another important piece of the puzzle for aspiring developers. Utilizing private servers means that individuals can pay to play your game with friends, but without random players they don’t know.