Super Biz has a wealth of options for advertisers looking to reach new audiences in Roblox. Our most popular products feature 3D billboards and dialogue-rich NPC characters. 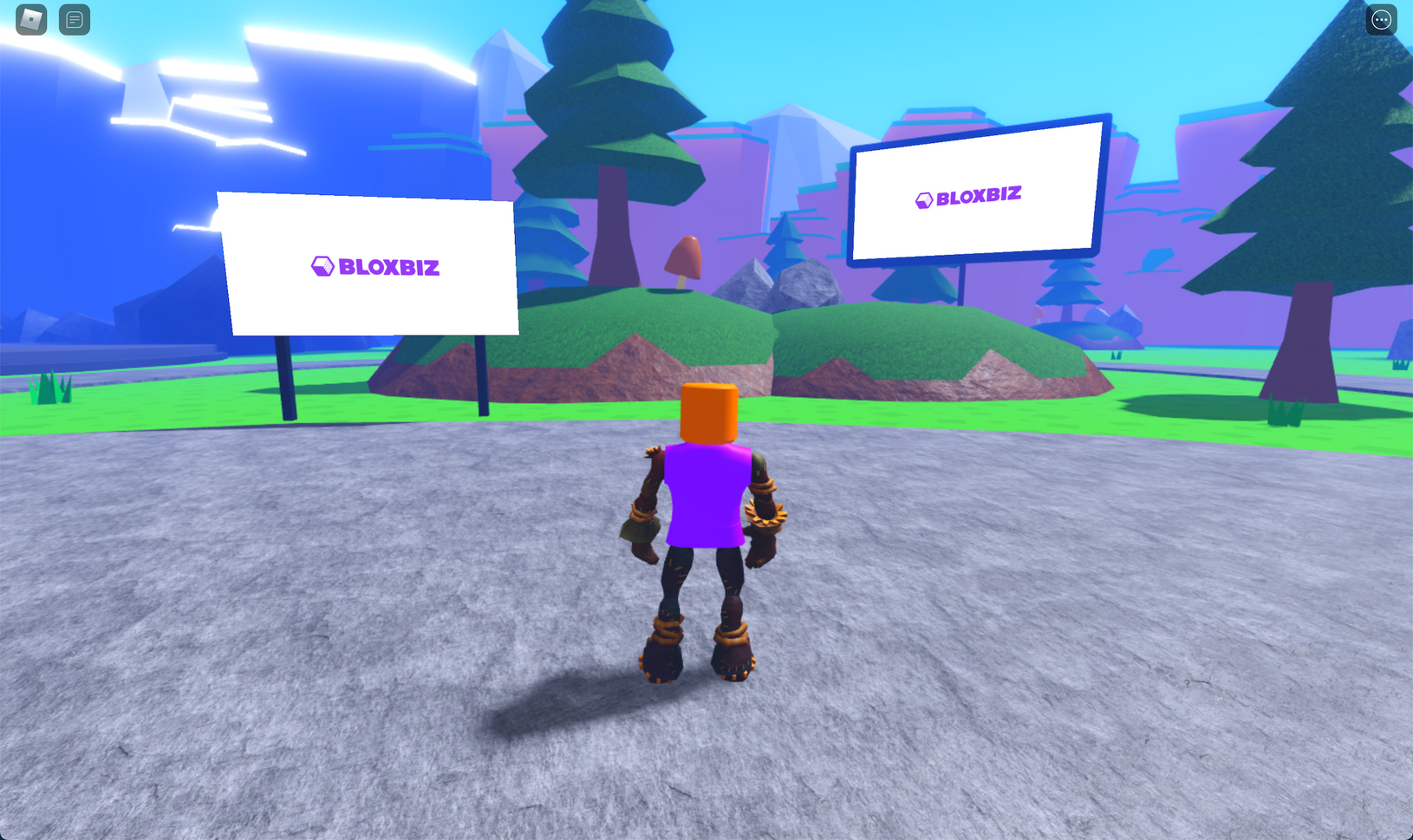 As Roblox continues its rise as a prominent platform for the impending metaverse, many companies are seeking new ways to engage with their audience in relevant ways. Thanks to companies like Super Biz, advertisers can now purchase de facto billboard space or actual characters within the game itself to promote their products.

Many companies choose this route in order to create meaningful connections with users who already identify with Roblox. The relationship between consumers and in-game advertisements are just the beginning of what the metaverse can offer for brands.

What are 3D Ad Units?

Roblox is a video game platform that contains thousands of other video games. It’s basically a platform for users to create their own mini experiences and virtual worlds. 3D ad units are digital advertisements that exist within this space. They can be three dimensional, customizable and in some cases, animated.

Super Biz is partnered with over 150 games within Roblox which means we can customize ads that actually make sense in the game. If you’re an advertiser who's worried about your ad sticking out like a sore thumb, fear not. The innovative tools within Roblox allow our developers to seamlessly and naturally integrate ads that appear as part of the existing space.

This also means using characters that already exist within the game so they don’t look out of place to the user.

What type of 3D ads are there?

Super Biz is the first company of its kind focused on marketing with static and GIF ads in Roblox. The most basic ad units are digital billboards. These are static displays that house an image which can feature a product, message or any other company advertisement. They’re simple, yet effective ways to connect with your audience within Roblox.

An upgraded version of the static image is an animated GIF. These can be placed in the same open spaces as still images but with the benefit of a short, looped video. GIFs ad units play at 15 frames per second and last a maximum of 6 seconds.

The most impressive ad unit offering are our 3D characters. These innovative advertisements allow our designers to turn Roblox characters into mascots, popular entertainers and anything in between.

What makes them more useful is their ability to communicate directly with users who interact with them. We can allocate both voice lines and written dialogue that come directly from the character. In many cases, these characters take the shape of characters that already exist in the game. This means you won’t be stuck with a generic Roblox character in a world where no other character exists.

All of our ads come with 3D viewability so you can be confident players are seeing your ads. They also include frequency control allowing you to determine the ad impression cap. And we offer reports outlining the analytics and metrics of your ads so you know exactly what you’re getting out of our partnership. This often comes in the form of brand lift studies which provide a closer look at the impact of the campaigns.

One of the best examples of a 3D ad unit campaign was our partnership with Bakugan, a popular fantasy IP that includes a card game, anime series and several action figures.

Super Biz creatively integrated their action figure commercials into Roblox through animated GIFs and static image billboards featuring their toys. So, what was the outcome? Well, in the U.S. over 3.3 million users logged a 10 second impression with Bakugan ads in Roblox.

What’s more is 6.2 million people viewed the ads for 0.5 seconds. Our post-campaign data showed that players who saw the ads were 21% more likely to ask for Bakugan toys as a present.

Can the ads be targeted?

Not only can Super Biz ads be targeted to specific games, but we can also integrate more specific targeting towards gender and age groups. In fact, we’re the only company with 3D ad units in Roblox that can do that.

Brand safety is also at the forefront of our ad unit offerings. We manually review all the games in our network to ensure the best possible experience for your advertising campaign. 85% of our reachable audience is under the age of 25 making online safety a top priority. For this, Super Biz is kidSAFE+ Certified for our commitment to safety and privacy in Roblox's expansive digital space. You can even choose to omit certain games from your campaign, such as those that include violence.

How can developers get involved?

If you’re a developer who would like to get involved in Super Biz innovative in-game advertising, you can take advantage of our Dev Portal. Here you’ll be able to set up, customize and integrate your own advertisements in Roblox using our in-house tools. There’s myriad tools that let you do everything from checking analytics to receiving payouts and getting detailed reports about your data.