Who is leading the metaverse?

A breakdown of the various players in the ever-expanding metaverse - and their latest projects. 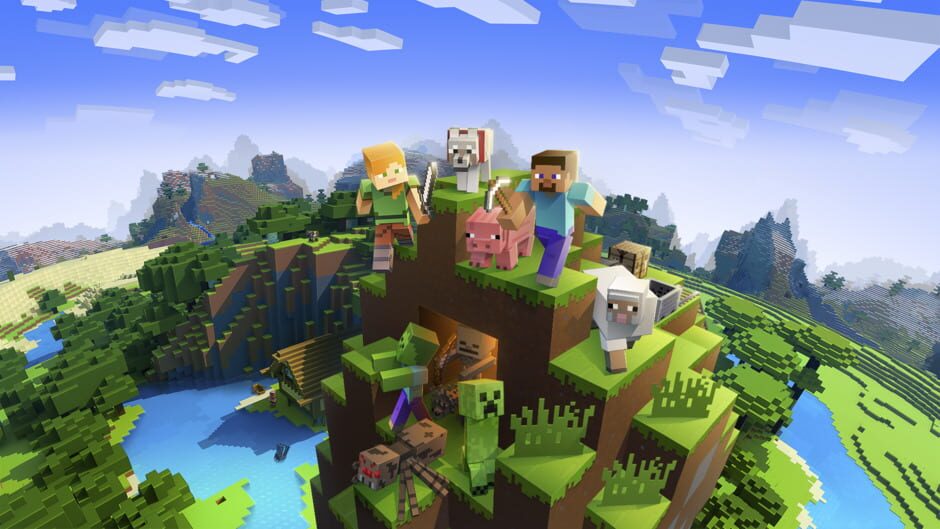 The metaverse is rapidly gaining mainstream exposure. Developers are beginning to create their own virtual worlds that exist alongside our reality. These worlds take many forms and are viewed through different platforms.

But who’s actually creating the metaverse? Which companies are on the forefront of this exciting new technology?

Let’s take a look at the brands that are leading the drive towards the metaverse, what products they’re creating and how users are interacting with their virtual worlds.

Roblox is without a doubt one of the most popular metaverse platforms today.

As of April 2022, the game has more than 200 million monthly active users worldwide - its highest ever player count since the game went to market in February of 2016. The open world video game allows players to create unique and highly customizable avatars and exist within thousands of virtual worlds. Players can socialize, shop, compete and even watch concerts.

Other companies such as Spotify, DC Comics and the NFL also have their own branded worlds within the Roblox metaverse.

The developers recently launched a Spatial Voice beta feature that allows users to speak to each other through their microphones when they’re within a certain distance in-game.

While many video games currently utilize some version of spatial chat, this is a big step forward in Roblox’s move to become a metaverse leader. Voice chatting will make in-game socializing feel much more natural than a traditional game chat.

Another leading video game project that’s been heralded for its metaverse capabilities is Minecraft.

While many companies struggle to create their own versions of a decentralized virtual universe, Minecraft already has those capabilities.

This is why many brands are choosing to adopt the game as their metaverse host, so to speak. Any user can log into the game and begin building their own world. That world is then hosted on a server - which can be rented from companies such as Minehut - and anyone from around the world can join.

The foundation of Minecraft, including its crisp gameplay, imaginative assets and beautiful aesthetics, make for an ideal place to generate an interconnected universe.

Brick by Brick, a Minecraft-related public works project in Kosovo, is a great example of the metaverse blending seamlessly with reality. In 2015, Minecrafters worked with city officials to redesign a public area using in-game assets.

It’s no surprise that Minecraft, which is owned by Microsoft, is already considered a metaverse by the company’s CEO Satya Nadella.

During a 2021 interview with Bloomberg he briefly mentioned plans to bring Minecraft into the 3D space while also categorizing other Microsoft games such as Halo and Flight Simulator as already existing in the metaverse.

Epic Games’ Fortnite is another example of a video game with unlimited metaverse potential.

While they haven’t exactly developed a single, massive open world, they have nearly unlimited virtual spaces for users to socialize and create. This includes their Battle Royale mode and Creative mode. The latter is particularly appealing to metaverse fans thanks to its large bank of customizable assets.

In Creative you can build anything and everything. From prop hunting with Loki from Marvel Comics to racing cars through a futuristic cyberpunk city.

Along with Roblox, Epic Games is a highly recognizable company within the video game space. So much so that offers have been pouring in from third-party brands to partner with their most popular IP. This has led to in-game skins where users can play as Spider-Man, The Rock, Batman, John Wick and Ariana Grande.

These unique avatars have become Fortnite’s most sought after jump to the metaverse.

Fortnite is also known for creating impressive live events featuring the very avatars that many users are so keen to buy up. This includes concerts with ever-changing worlds, fights between giant mecha and world-crushing sea monsters and meteor showers that destroyed large portions of their Battle Royale map.

Each of these events were experienced live from the point of view of users’ avatars.

On top of all that, Epic Games’ Unreal Engine 5 is one of the most impressive game development tools ever created. This will enable developers outside of Fortnite to create their own virtual worlds using ultra-realistic assets.

Furthermore, their MetaHuman Creator uses the same technology to allow users to create equally realistic versions of human beings for their metaverse projects.

Horizon Worlds is a virtual reality system created by Meta Platforms - formerly Facebook. Mark Zuckerberg, the company’s founder, has allocated at least $10 billion since 2021 for the development of their metaverse platform.

Much like Minecraft, Fortnite and Roblox, Horizon Worlds is a metaverse development tool where users can create their own spaces and socialize with others.

When you enter Horizon Worlds for the first time, you’ll be thrust into the Plaza which acts as the central gathering place and main menu. From there you can explore user-generated worlds that range from meditation spaces to escape rooms.

One of the biggest appeals of Horizon Worlds is that it can be accessed using a VR headset from Oculus. This makes it far more immersive than the aforementioned games which mostly utilize computer, tablet or smartphone screens.

Decentraland operates as a browser-based metaverse platform. As the name suggests, they operate on a decentralized platform meaning they’re very closely associated with the recent rise in NFT and cryptocurrencies. In fact, they have their own coin called MANA which participants use to purchase virtual land.

Decentraland is the place people, and companies, have been buying up plots of digital real estate. The idea is that users can buy and sell digital assets due to their ties to the blockchain.

Along with land, other forms of NFTs are stored on the blockchain and therefore within the virtual walls of this metaverse.

Notable names such as Snoop Dogg, Atari, Samsung and JP Morgan have all either purchased virtual land or created advertisements within Decentraland. While the platform may be attracting some household names, their monthly active user count sits as around 300,000 - far lower than their video game counterparts.

Rec Room is another metaverse platform worth mentioning.

As an app for iPhone, Android, XBox, Quest, PlayStation and PC, this game is widely accessible making it a popular choice for many.

Rec Room includes many of the same innovative, buildable features that can be found in Fortnite’s Creative Mode, Roblox and Minecraft, including cross-platform play.

Players can bounce from room to room exploring different spaces where they can compete in laser tag, learn the Italian language or just hang out and chill in a relaxed, calming environment. T

hey’ve recently set up a new in-app marketplace that allows users to sell assets they create. This opens the door for room builders to quickly snag virtual furniture, set pieces and more in order to create their own rooms.

Furthermore, they boast a kid-friendly environment with a kidsSAFE+ certification.

As of 2021, they had more than 12 million rooms that consisted of games, social spaces and everything in between. Like many video games, the pandemic caused Rec Room to have a major uptick in its users - more specifically a 450% increase in players logged into the platform.